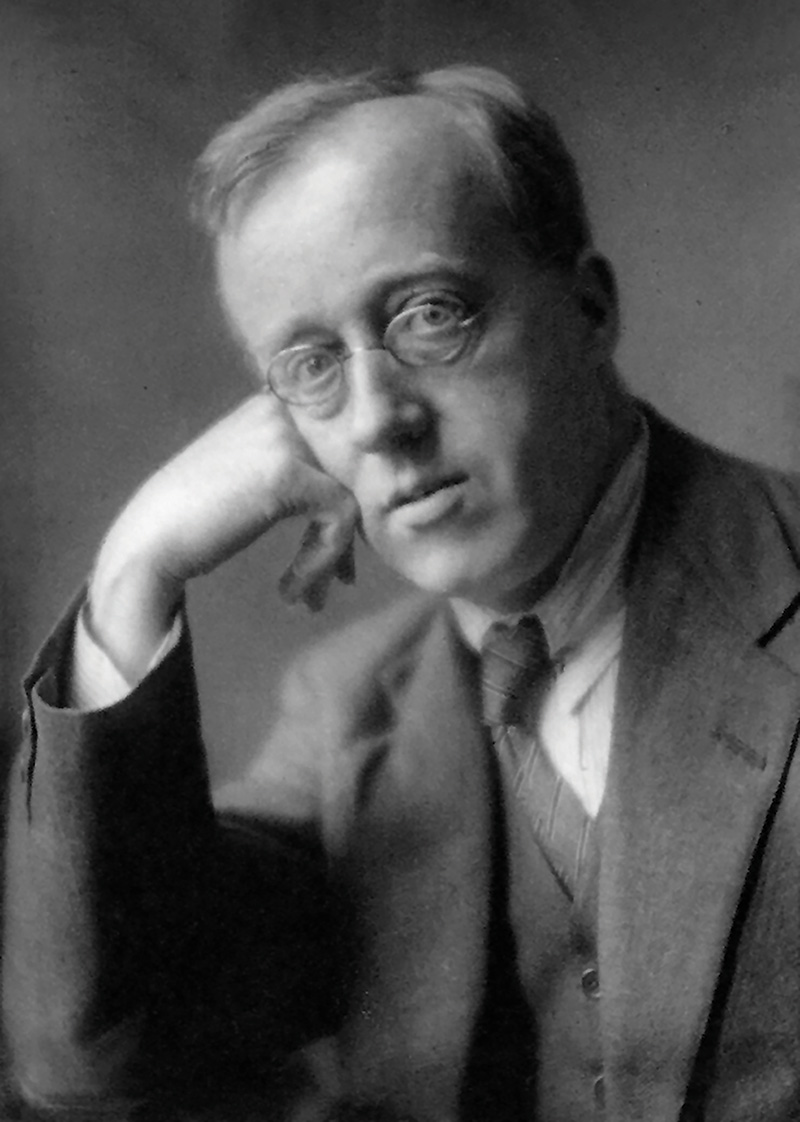 Holst’s interest in writing a piece of music on the attributes of the astrological signs was apparently spurred by his visit in the spring of 1913 with the writer and avid star-gazer Clifford Bax, who noted that Holst was himself “a skilled reader of horoscopes.” (Imogen Holst suggested that one reason her father may have been attracted to composing such a work was because he was having difficulty at the time formulating structural plans for large-scale pieces, and a suite for orchestra seemed appropriate to his compositional needs.) Of the music’s inspiration, Holst noted, “As a rule I only study things which suggest music to me. That’s why I worried at Sanskrit. Then recently the character of each planet suggested lots to me, and I have been studying astrology fairly closely.” Despite his immediate attraction to the planets as the subject for a musical work, however, he took some time before beginning actual composition. He once wrote to William Gillies Whittaker, “Never compose anything unless the not composing of it becomes a positive nuisance to you,” and it was not until the summer of 1914, more than a full year after he had conceived the piece, that he could no longer resist the lure of The Planets.

“Once he had taken the underlying idea from astrology, he let the music have its way with him,” reported Imogen of her father’s writing The Planets. The composition of the work occupied him for over three years. Jupiter, Venus and Mars were written in 1914 (prophetically, Mars, the Bringer of War was completed only weeks before the assassination at Sarajevo precipitated the start of the First World War); Saturn, Uranus and Neptune followed in 1915, and Mercury a year after that. Except for Neptune, all the movements were originally written for two pianos rather than directly into orchestral score, probably because Holst was then having painful problems with his writing hand due to severe arthritis, and he needed to concentrate the physical effort of composition as much as possible. For the mystical Neptune movement, he considered the percussive sounds of the piano too harsh and wrote it first as an organ piece. All seven movements were orchestrated in 1917 with the help of Nora Day and Vally Lasker, two of the composer’s fellow faculty members at St. Paul’s School in London, who wrote out the full score from Holst’s keyboard notations under his guidance. The finished work is superb testimony to Holst’s skill as an orchestrator, much of which was gained from his practical experience as a teacher and conductor, and also as a professional trombonist in several British orchestras, a vocation from which he was forced to retire in 1903 because of his arthritis.

The Planets had a complicated performance history when it was new. Holst was judged unfit for military service in World War I because of his health, but he did manage to obtain a post with the YMCA as a music organizer among troops in the Near East. His overseas departure date was set too quickly to allow the new piece to be scheduled for performance in one of London’s regular concert series, so his friend Balfour Gardiner, realizing how eager Holst was to hear the work, underwrote a special private performance as a farewell gift. Holst and an invited audience attended the concert, conducted by Adrian Boult on September 29, 1918 in Queen’s Hall, London, only days before the composer sailed for Salonica and points beyond. On February 27, 1919, Boult led the Royal Philharmonic Orchestra in a public performance of The Planets, but omitted Venus and Neptune, so the honor of the work’s first complete public performance fell to Albert Coates, who conducted the score in London on November 15, 1920. Interest in the work ran so high in America that the premiere in this country was given simultaneously in New York (Albert Coates) and Chicago (Frederick Stock) during the 1920–21 season. The Planets has remained Holst’s most popular composition.

Holst gave the following explanation of The Planets for its first performances: “These pieces were suggested by the astrological significance of the planets. There is no program music in them, neither have they any connection with the deities of classical mythology bearing the same names. If any guide to the music is required, the subtitle to each piece will be found sufficient, especially if it is used in a broad sense. For instance, Jupiter brings jollity in the normal sense, and also the more ceremonial kind of rejoicing associated with religious or national festivities. Saturn brings not only physical decay, but also a vision of fulfillment.”

The individual movements of The Planets employ a wide spectrum of musical styles in which the influences of Stravinsky, Dukas, Debussy and even Schoenberg may be discerned, but, according to Imogen, “The Planets is written in Holst’s own language.” It is a language of spectacular variety—a greater contrast than that between the first two movements is hard to imagine. The staggering hammer blows of Mars, the Bringer of War are followed by the sweet luminosity of Venus, the Bringer of Peace. Each of the remaining movements cuts as distinctive a figure as the first two. Mercury, the Winged Messenger is a nimble scherzo that seems, like the fast movements of Baroque music, to be a stream of notes spinning infinitely through the cosmos of which the composer has revealed only a small segment. Within Jupiter, the Bringer of Jollity co-exist a boisterous Bacchanalian dance (“the most joyous jangle imaginable,” according to Richard Capell) and a striding hymn tune to which Elgar stood godfather. Hard upon Jupiter, which reportedly inspired the charwomen cleaning the hall during rehearsals for the premiere to toss away their mops and dance a little jig, follow the lugubrious solemnities of Saturn, the Bringer of Old Age, the movement Holst declared to be his favorite piece in the suite. This music is invested with a weighty, Mahlerian seriousness that recalls Das Lied von der Erde. Uranus, the Magician is shown as a rather portly prestidigitator who includes perhaps more broad humor than baffling legerdemain in his act. The haunting finale, Neptune, the Mystic, springs from the misty domain of Debussy’s Nocturnes, but possesses an even wispier, more diaphanous orchestral sonority, with the disembodied siren song of the female chorus floating away to inaudibility among the spheres at its close.