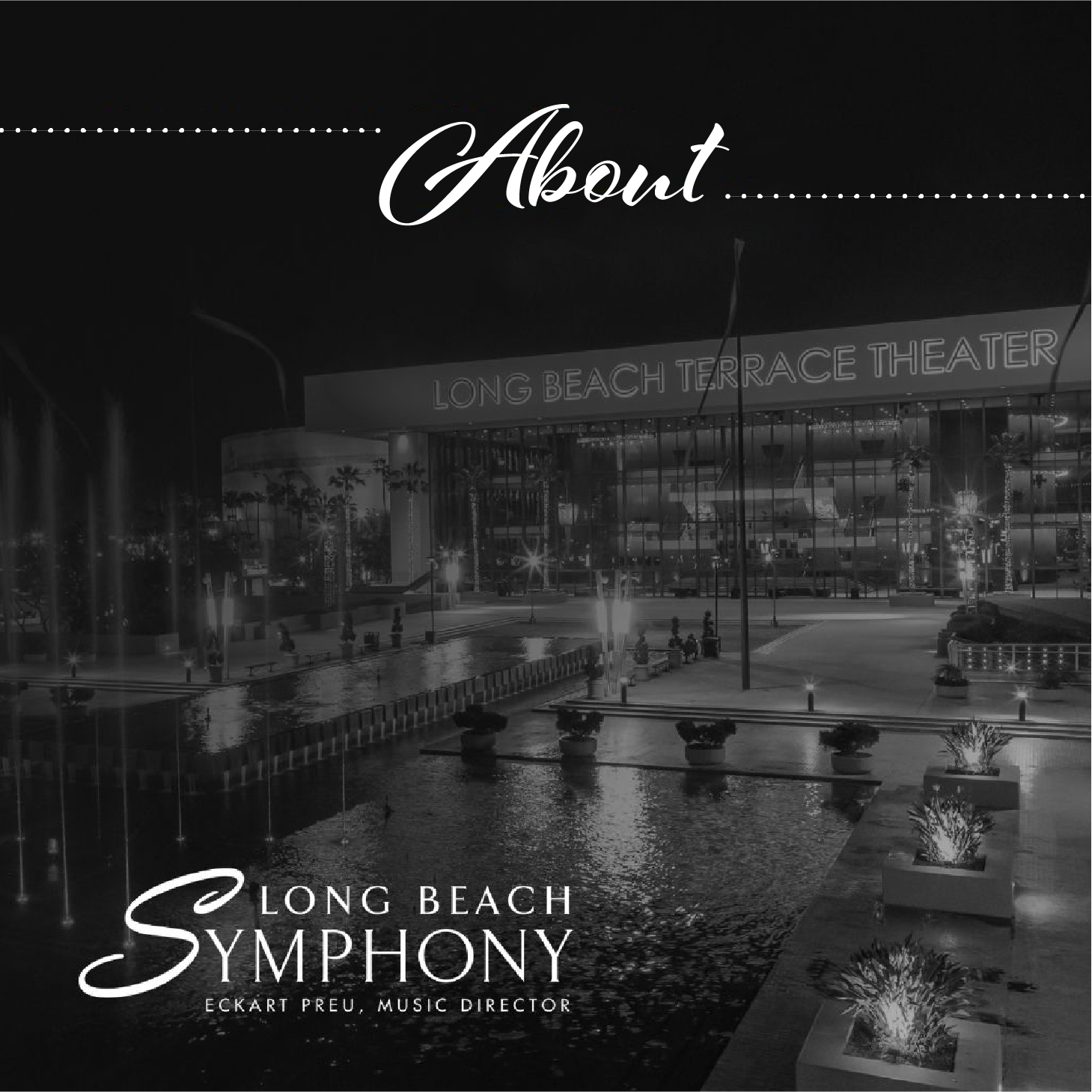 The vision of the Long Beach Symphony is to inspire and unite people through the transformative power of music.

The Symphony presents more than 100 concerts and events a year and a rich array of education and community engagement programs that reach more than 300,000 residents from school children to senior citizens. Core to this year's offering is a five-concert Classical series performed at the Beverly O’Neill Performing Arts Center – Terrace Theater as well as a five-concert Pops series in the Long Beach Arena’s Pacific Ballroom. Another highlight is our youth concert field trips, which offer 12,000 LBUSD 4th and 5th graders a chance to experience a full symphonic concert each year. The Symphony is also known for presenting its annual Family Concert, which is free to all children and includes free family activities.

The Symphony has received international stature through its dedication to presenting both classical masterworks and contemporary as well as multicultural work through unique collaborations. The Symphony presented its first premiere in 1939 and since then has commissioned and/or premiered 22 works, including three composed by former Music Director Enrique Arturo Diemecke and eleven conducted by former Music Director JoAnn Falletta, a major proponent of contemporary music.