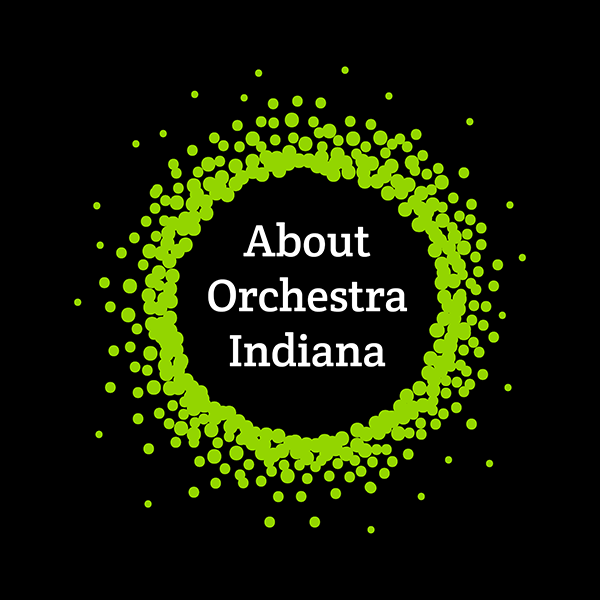 Orchestra Indiana began in March 2022 when the Muncie Symphony Orchestra and Marion Philharmonic Orchestra merged into one organization. Both the MSO and MPO have rich histories in our region, and Orchestra Indiana is fortunate to continue their legacies.

The Muncie Symphony Orchestra began when Dr. Robert Hargreaves was hired by the Ball State Teachers College to lead the college’s music program in the 1940s. He thought Muncie needed an autonomous orchestra. Hargreaves led the first professional orchestra with two concerts in the spring of 1948. By January 1950, more than 50 musicians met and approved a constitution for the Muncie Civic and College Symphony Association. For more than 70 years, the Muncie Symphony Orchestra flourished thanks to a strong relationship with Ball State University, with BSU music faculty and talented music students making up a large portion of the orchestra.

The Marion Philharmonic was formed in 1969 under the direction of Benjamin G. Del Vecchio. The orchestra was comprised of students and local area musicians until it became a semi-professional ensemble within a five year period. Mr. Del Vecchio was an Indiana University doctoral student when he joined the music faculty at Taylor University. Little did he know founding an orchestra would become a major priority. With the assistance of Dr. Edward Hermanson of Taylor University and a group of committed Marion businessmen, the orchestra quickly became a passion of Del Vecchio and together they developed the MPO.

The musicians of Orchestra Indiana include musicians from both the former MSO and MPO. They are professors, students, and professional musicians who hail from east central Indiana, Indianapolis, Fort Wayne, and Cincinnati. Many of our musicians also have “day jobs” as farmers, teachers, EMTs, and executive directors. All are passionate about bringing live orchestral music to you!

To redefine the orchestra experience.

To unite the community through the power of music.