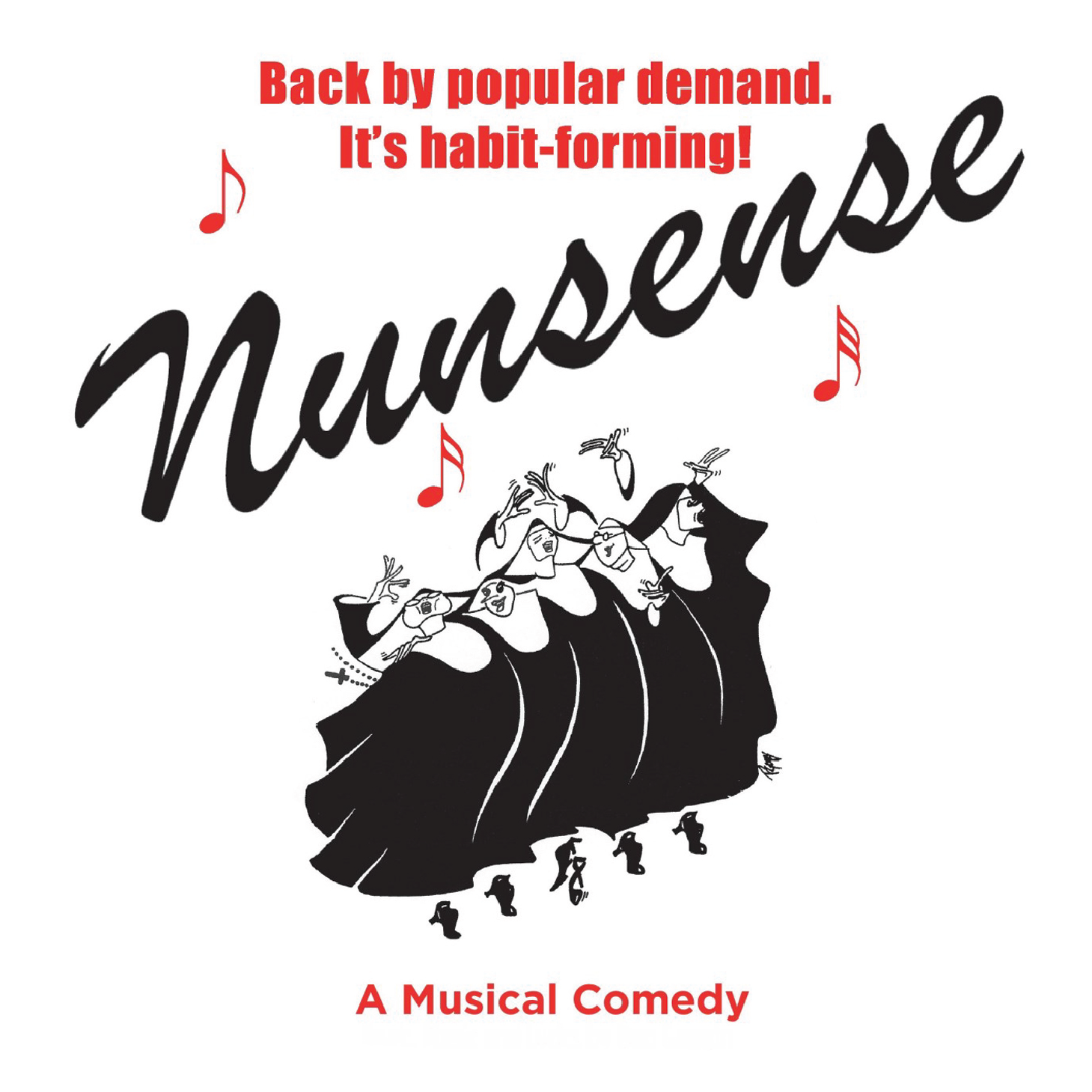 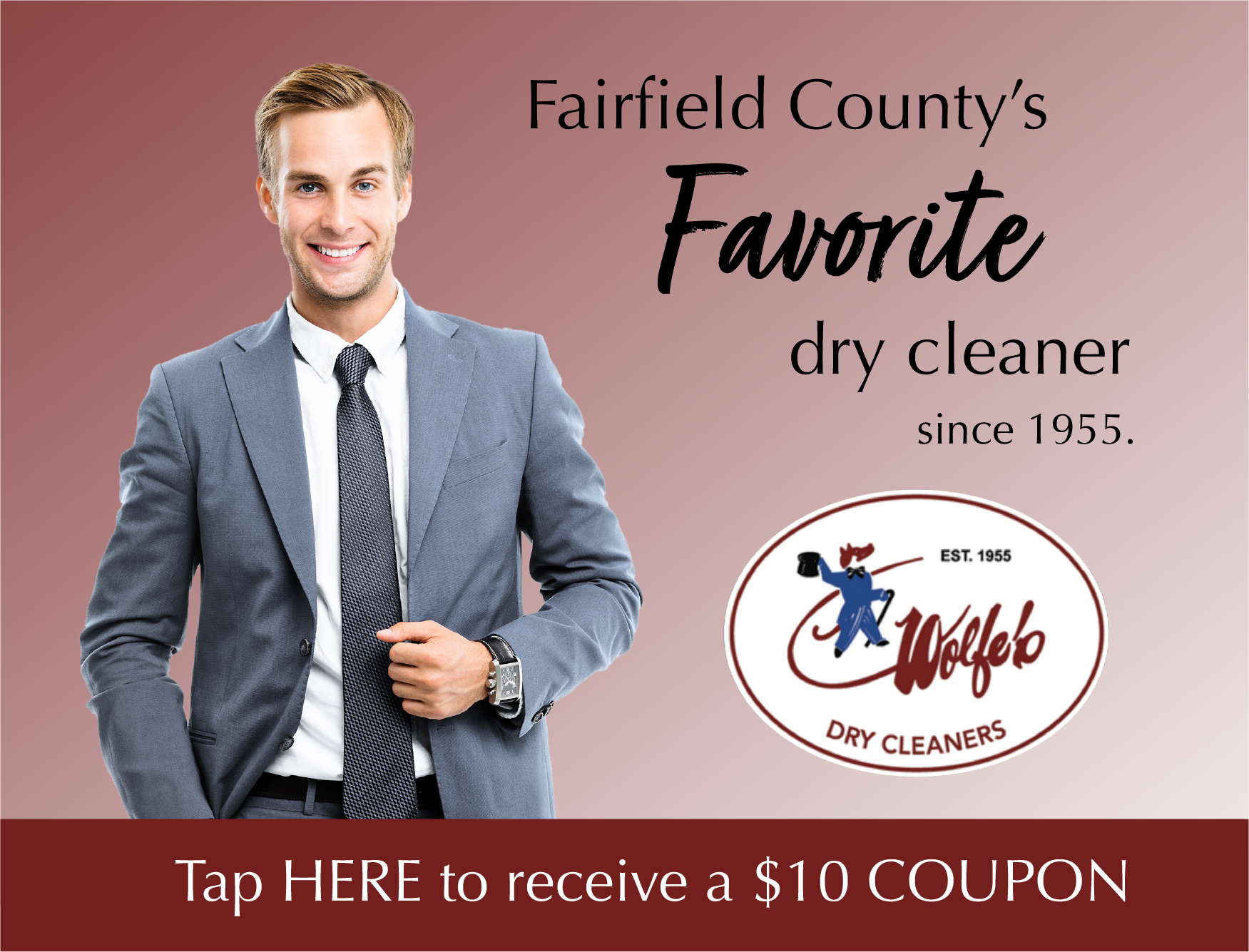 A note from the Executive Director

This time last year we were concerned for our survival, but with your support we are here to stay. THANK YOU!

Growing up Catholic in Stamford seemed perfectly normal to me. Everyone I knew went to our church and to our church school. (OK—some of my relatives lived in a different parish or town BUT they all went to Catholic Church schools.) And lurking in those hallowed halls were the Sisters of The Presentation—don’t ask me what the name meant.

While many of us were certainly fearful of some of the nuns who taught us, most were wonderful, dedicated teachers who had committed their lives to God and the service of others. Some of my fondest early educational memories are of the nuns at St. Mary’s. My dad, 80+ years after having attended St. John’s Catholic School in Stamford, often spoke eloquently of his parochial school experience—and one nun in particular.

Like any group of individuals or cultural grouping, there are always some traits that are easy to poke fun at. Nuns included. When Dan Goggin first wrote Nunsense 35 years ago, it struck a chord with hundreds of thousands of us Catholic school graduates, but it also resonated with “outsiders” as well, making it one of the most produced musicals around. Indeed, its success was so great that there have been six (or more) sequels penned by Goggin.

Thank you all for being here. Enjoy the show. 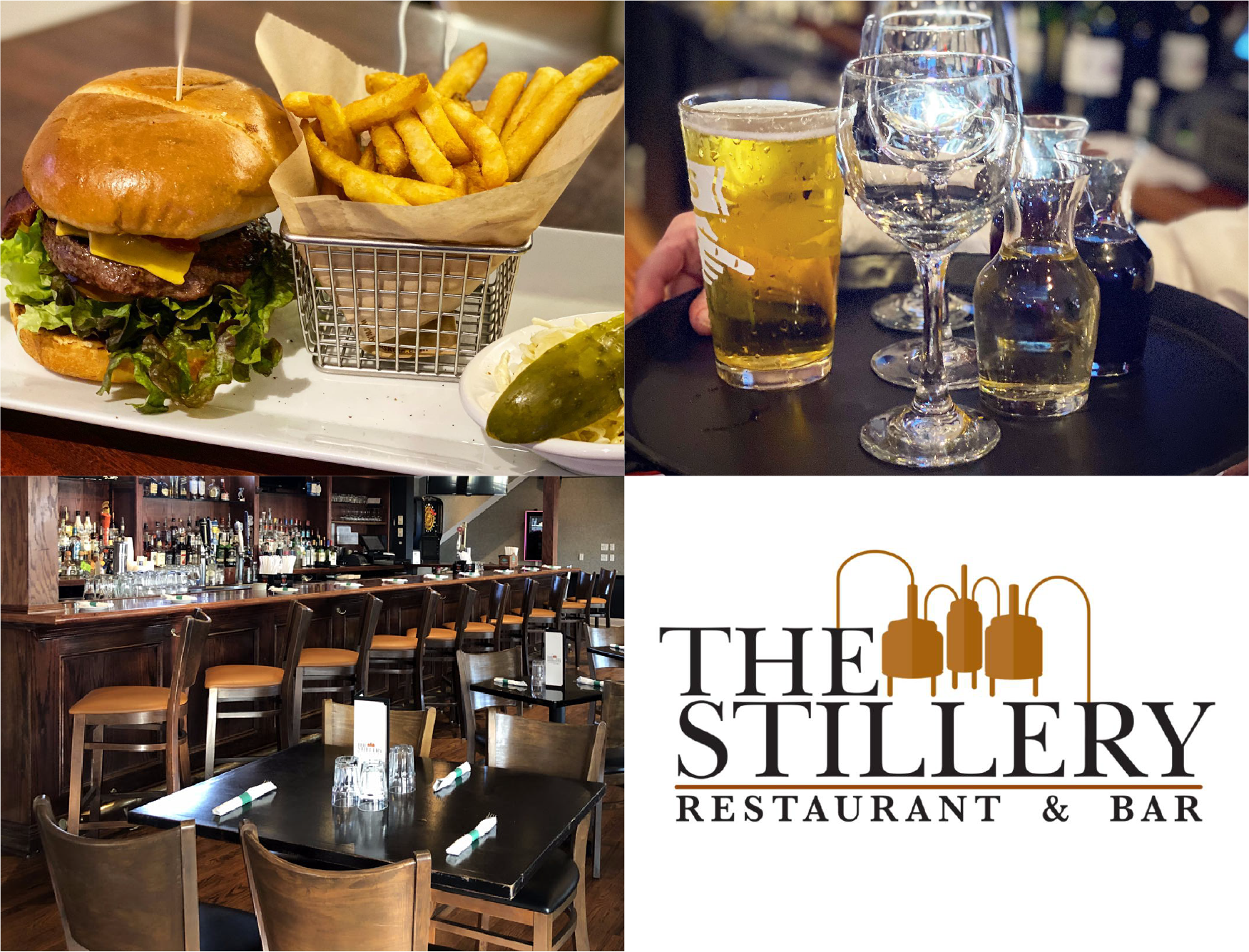 The Order of the Little Sisters of Hoboken was founded in the seventh century by Saint Wilfred, a bishop of England. He established the first convent and the school known as the Wilfred Acanemy. His motto was "We don't teach beauty - we radiate it!" Many years later a small group of pioneering sisters set out for America to establish a motherhouse in Cleveland. But they got off the plane in Newark by mistake. The order was "found" by the Newark Airport Police and the new motherhouse was established in Hoboken, New Jersey. It was at the time that the Order of Saint Wilfred elected to change the name to the Little Sisters of Hoboken and they have been affectionately known as the "Little Hobos" ever since. It was from this convent that Sister Mary Cardelia, Sister Mary Hubert and Sister Robert Anne, set sail for the Mediterranean to establish their leper colony. Today the order has both nuns and brothers as members - all doing various good works in the Diocese of Newark. They also operate Mount Saint Helen's School in Hoboken. 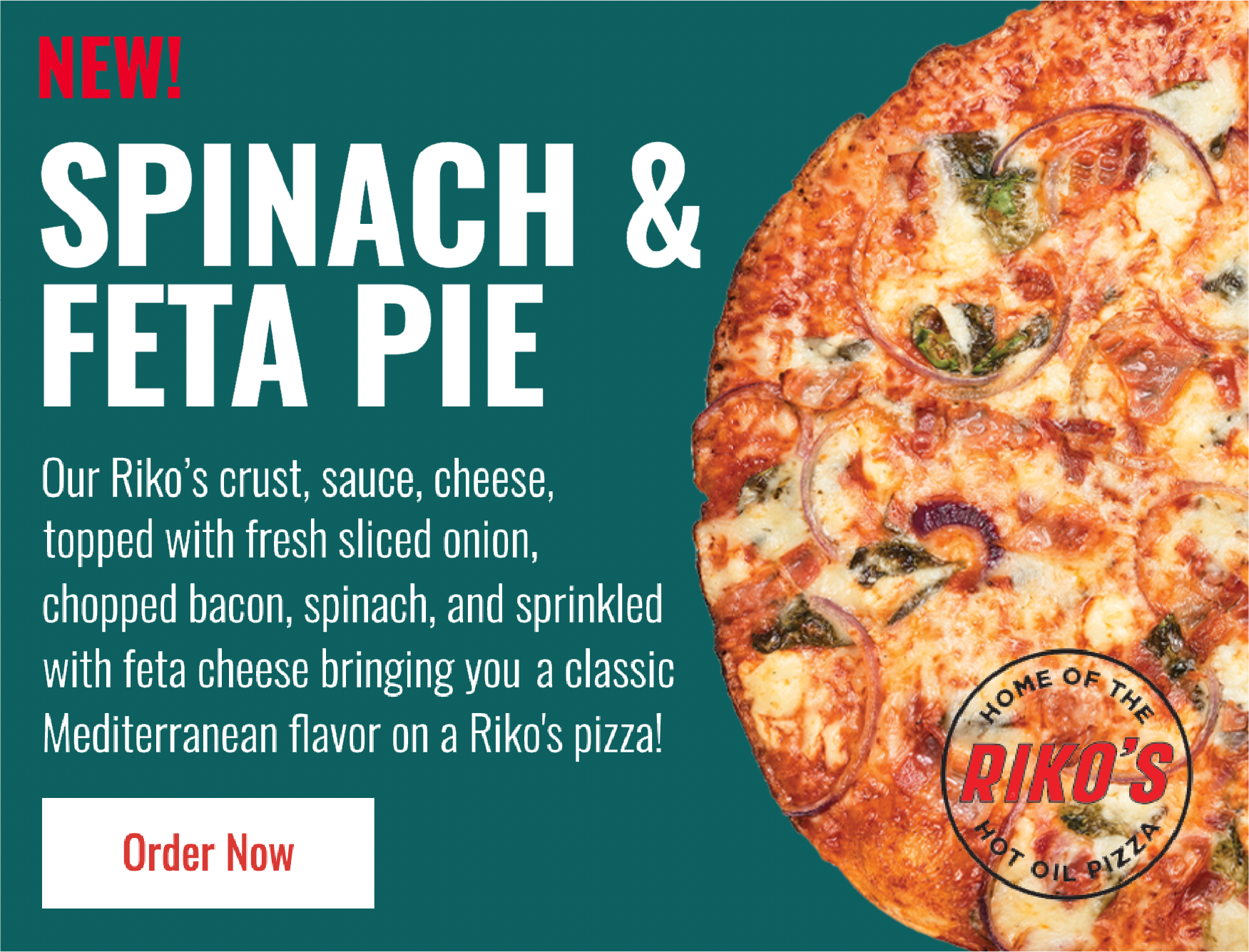 The action takes place in the auditorium of the Mount Saint Helen’s School, which is set-up for the eighth grade performance of Grease.

A Difficult Transition
All

So You Want to Be a Nun
Sr. Amnesia/Sr. Mary Annette

Turn Up the Spotlight
Rev. Mother

Turn On That Spotlight
Rev. Mother

Temptation With a Time Step
All

We’ve Got to Clean Out the Freezer
All

I Just Want to Be a Star
Sr. Robert Anne

Holier Than Thou
All

Nunsense is Habit Forming Reprise
All 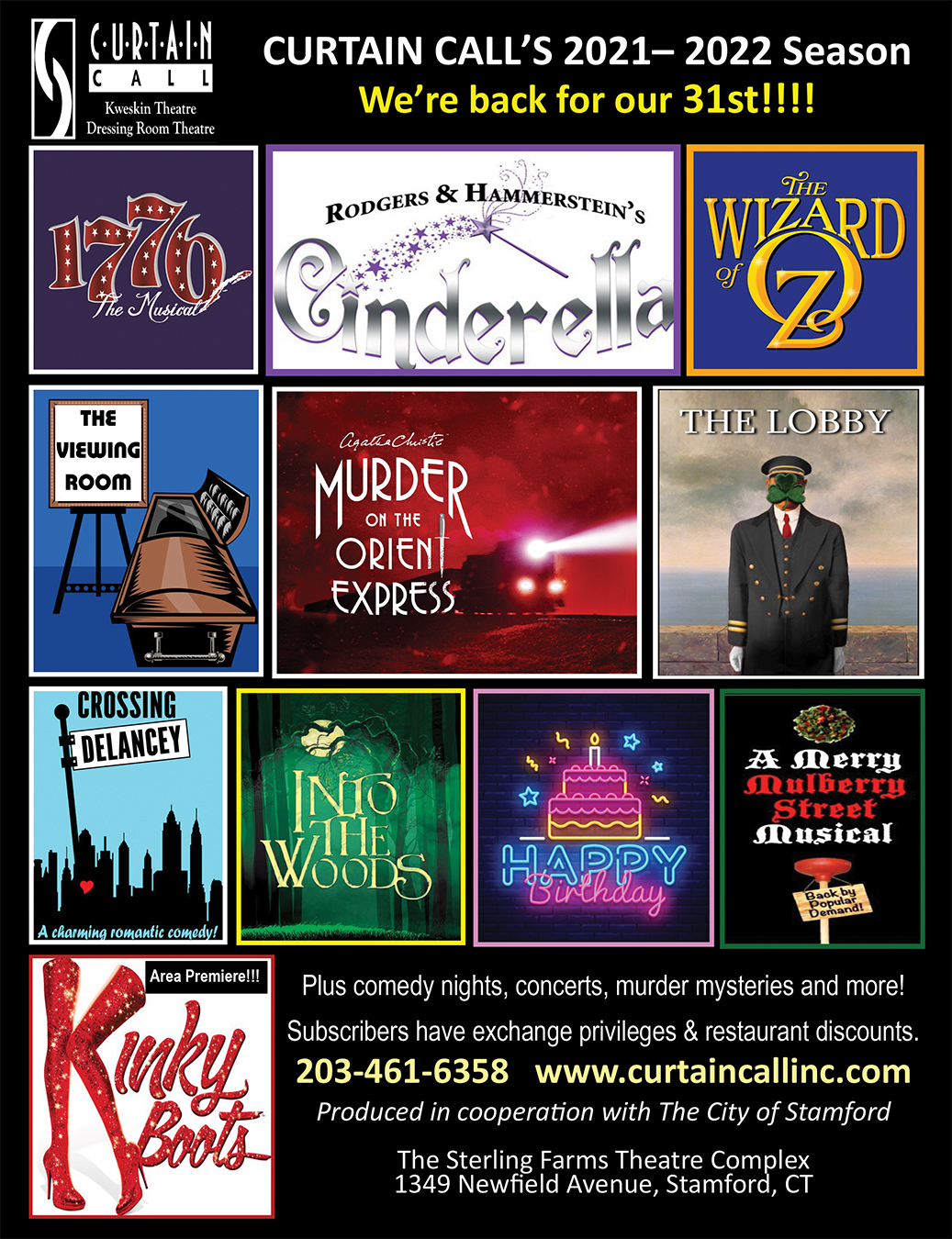 AMY AYALA
(Assistant Stage Manager)
Amy has loved being a part of the Curtain Call family since 2012. Previous ASM gigs include Little Shop, Scrooge! and Mamma Mia! She’s been spotted onstage also, most recently in Damn Yankees! Much love & mom hugs to the newest AP at Westhill, our beloved gentleman scholar & our beautiful tattooed artistic poet. Nunsense cast & crew, Turn Up The Spotlight! I’m soooo happy to be working with you all!

PETER BARBIERI, JR.
(Set Design)
Peter has been a theatre professional since 1979. He is our Associate Artistic Director and was the founding director of our outdoor, summer Nunsense. Peter’s work has been seen both here and abroad. Broadway credits include technical direction of the Tony Award-winning revivals of Cabaret and A View From The Bridge. Overseas, his work was seen as far as Shanghai, China and he designed the sets for the Danish production of Cats. Peter directed our productions of Titanic, Twelve Angry Men, To Kill A Mockingbird, Macbeth, The Producers, Oklahoma, A View From The Bridge and Romeo & Juliet. For many years, he was a member of Rehabilitation Through the Arts, a non-profit organization that works in the prison system of the State of NY. He directed their productions of Macbeth, Twelve Angry Men and their first musical, West Side Story in Sing Sing Prison. Peter and his wife, Julia, live in Fairfield with their son, Peter III, and daughter, Miranda.

SETH BARKAN
(ASM)
Seth is thrilled to be taking on this role as Assistant Stage Manager in this production of Nunsense. Seth has participated in many productions on and off stage throughout Fairfield County. Most recently in A Christmas Story right here at Curtian Call. Seth would like to say Thank you to Gail and Lou for this opotunity to work with this talented cast and production team, and as always love to his very supportive wife.

ANTHONY GRAY
(ASM)
Anthony has been an active member of the Curtain Call family for many years. He has stage managed as well as performed, in several shows here and has been one of our most consistent sound engineers. Thanks for being here.

MEGAN LATTE MORELLO
(Costume Designer)
Megan is the Costume Coordinator at Greenwich Academy and the Wardrobe Manager here at Curtain Call. Megan would like to thank Meredith, Lou, and Jan for their support! Special thanks to the love of my life, thank you for being you! Xoxoxo

JAMIE LAJOIE
(Technical Director)
Jamie is so happy to be a part of the Curtain Call family. He has been working in theatre as a Sound Designer, Carpenter, and Actor. He has designed the sound and built more than 75 shows. Some of his favorite Sound Designs include Miss Saigon (Bucks County Playhouse), Sisters Of Swing (Gretna Theatre), Tuesday’s With Morrie (Bristol Riverside Theatre) and Ragtime (Curtain Call). He would like to thank Lou Ursone for this unbelievable opportunity and Peter Barbieri for teaching me so much in such a short time. He would also like to thank his parents for always believing in him and of course his wife Meghan for introducing him to theatre, I love you. To Savannah, Daddy loves you—you are my best design.

STACY LUPO
(Production Stage Manager)
Stacy has managed art festivals, concerts, and theatre productions since 2008. Some of her favorite experiences include: One Flew Over the Cuckoo’s Nest, The Rocky Horror Show, Pagliacci, and The Clean House. At Curtain Call, her favorites (so far) include Glengarry Glen Ross, The Who’s Tommy, Sister Act, and of course, Nunsense. Stacy would like to thank her family and friends for all their support and she would also like to thank Lou and Gail for the opportunity to work at home again.

KELLY NAYDEN
(Choreographer)
Kelly is thrilled to be making her Curtain Call choreographic debut! Love and thanks to the cast and crew for embracing her in this new role. Kelly has had the pleasure of dancing on the Kweskin Stage in Grease, Mamma Mia!, and A Chorus Line. She dances next on May 14th, 2022 at The Palace in Curtain Call’s Dancing with the Stars annual fundraiser. Please consider attending this fabulous event or making a donation and vote for Chris & Kelly!

PETER F. PETRINO
(Lighting Design)
Peter is pleased to designing Shakespeare in Love, some previous productions Peter designed for Curtain Call include: Elf the Musical, Mamma Mia, Bonnie and Clyde and Guys and Dolls. Peter is the resident LD for Caramoor Center for Music and Art since 1996. Peter also designs for such; theaters as: TheatreWorks New Milford; Sherman Playhouse, Penguin Rep. and Seven Angels Theater; for dance companies as: Westchester Ballet Co. and Nutmeg Ballet Co.; for television companies such as: Versus, Court TV and ESPN. 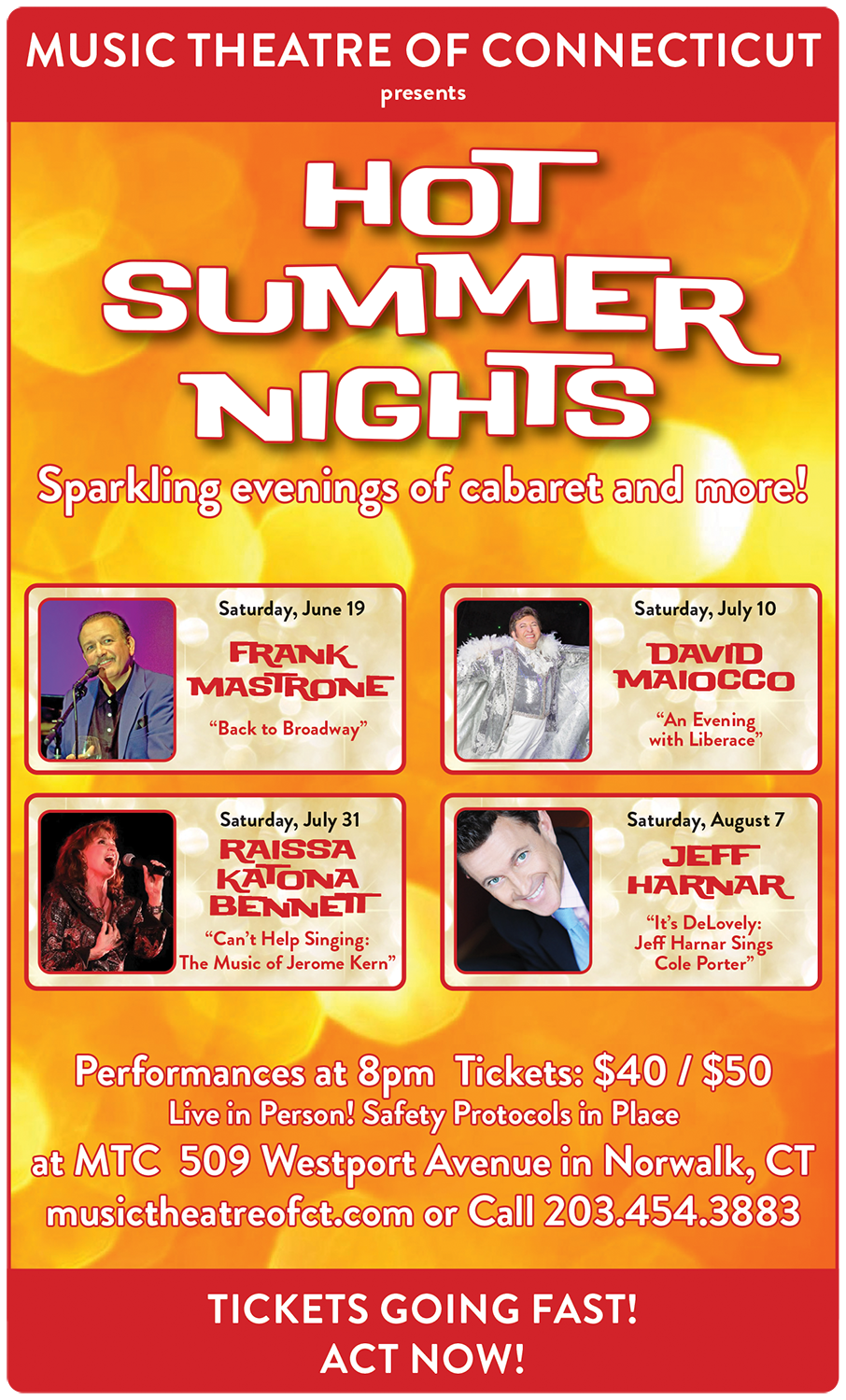 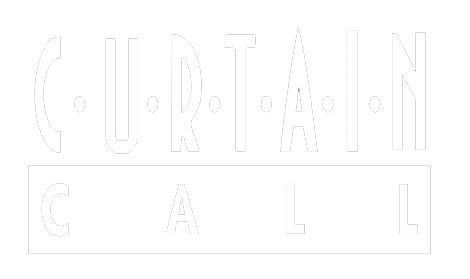 Curtain Call, Inc.
Please visit the desktop edition of the program by clicking the link below. View Desktop Version