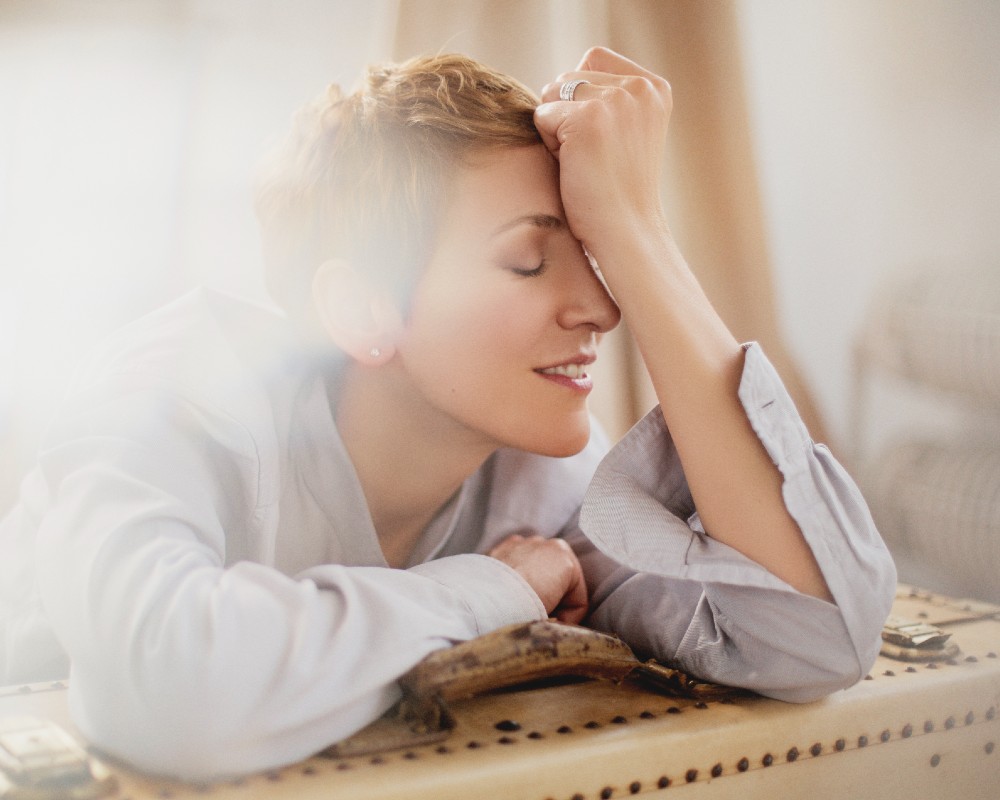 Stacey Kent
About the Show

This performance is presented without an intermission.

Stacey Kent is a jazz singer in the mold of the greats, with a legion of fans worldwide, a host of honors and awards including a GRAMMY® nomination, album sales in excess of 2 million, and Platinum, Double-Gold and Gold-selling albums that have reached a series of No. 1 chart positions during the span of her career.

Like many of us, Stacey spent the last year online, looking for ways to stay connected with the world outside. She landed on the idea of a collection of songs that gives musical expression to our collective desire to roam the world once again. This evolved into her new album on Candid Records, Songs from Other Places.

The idea for this album germinated at the start of lockdown when “I Wish I Could Go Travelling Again”, written for her by the songwriting team of Nobel Prize- winning author, Kazuo Ishiguro, together with her long-time collaborator and husband, Jim Tomlinson, was the most talked about and requested song by her fans on social media. It was clear, even early on during the Covid crisis, that in the absence of actual travel, people were relying on music and imagination to transport them and to find a sense of connection with the world beyond their own four walls.

Simultaneously intimate and expansive, Songs from Other Places is a varied and eclectic collection of voice and piano duets. Traveling with Stacey on this musical journey is her dear friend, pianist, Art Hirahara. “Art and I have played together for longer than I’ve played with any other musician (with the obvious exception of my husband, Jim). We have literally grown up together in music. And now, despite being trapped in our respective “other places” of Colorado and New York and separated by the Continental Divide, we are able to journey together through these musical meetings.”

Songs from Other Places includes interpretations of songs by Paul Simon ("American Tune"), Lennon & McCartney ("Blackbird") and Stevie Nicks ("Landslide"), as well as Gershwin, Weil, and Jobim. It also features “Les Voyages,” the poignant chanson from Quebecois songwriter, Raymond Lévesques. Completing the collection are two new songs written for her by Ishiguro and Tomlinson,  the haunting “Craigie Burn” and “Tango In Macao.” “It was Ishiguro who saw beyond my “American girl in Europe sings jazz story,” explains Stacey, who spent much of her adult life living abroad. “When we began working together as singer and lyricist, his lyrics gave voice to my wandering, restless spirit.”

This collection of songs not only finds Stacey taking her fans on a musical journey, it is also a musical expression of the sense of wanderlust that she inherited from her grandfather whose heart always pined for the France he left behind. “I inherited his sense that place and belonging were more than mere matters of physical location. They were matters of the imagination and of the heart.”

Stacey’s passion for music began in her childhood with piano lessons. A keen ear and true voice lead her to search out opportunities to express her love of music. However, nothing suggested the shift from the academic path to the path that propelled her to international recognition as one of the foremost jazz singers of her generation. With a catalogue of 11 studio albums, including the Platinum-selling, GRAMMY-nominated Breakfast On The Morning Tram (2007) and an impressive list of collaborations, Stacey has graced the stages of more than 55 countries over the course of her career.

Kent paid her dues in the jazz clubs of London, before releasing the first of a series of albums for the Candid label, beginning with Close Your Eyes in 1997. Her second album, The Tender Trap (1999) brought her to the attention of U.S. audiences with appearances on CBS Sunday Morning and NPR’s All Things Considered. Albums and awards followed, with Stacey winning the "Jazz Vocalist of the Year" at the BBC Jazz Awards. The Boy Next Door (2003) on Candid was her first album to achieve Gold status.

During this period, Stacey cemented her reputation as a singer capable of putting a distinctive stamp on an impressive repertoire of standards. Her ability to communicate emotion through a nuanced and minimalist approach was showcased on Jim Tomlinson’s album, The Lyric (2005), which was awarded “Album of The Year" at the 2006 BBC Jazz Awards.

With each successive album, Stacey’s style was becoming more honed as her artistic outlook broadened, leading her beyond the Great American Songbook to French chanson and Brazilian music, which formed an ever-larger part of her repertoire. However, it was in 2007, thanks to her collaborations with Ishiguro and Tomlinson, that she transformed almost overnight from being a singer of the Great American Songbook, to one with a highly distinctive and personal repertoire. The first collaboration between lyricist, Ishiguro, and composer, Tomlinson, “The Ice Hotel,”  won first prize in the jazz category of the International Songwriting Competition, and it was her first album for Blue Note, Breakfast On The Morning Tram that saw Jazz Times hailing it a “marvelously inventive launching pad for this bold, brave new Kent.” Since then, all of Stacey’s albums have been punctuated by original songs in English, French and Portuguese, composed by Tomlinson working alongside various lyricists, including the most recent, I Know I Dream (Sony 2017) which was awarded “Jazz Vocal Album of the Year” at the 2017 Jazz Japan Awards.

Though recorded from her studio in Colorado, Songs from Other Places is no solipsistic exercise but rather an expression of the common desire to launch ourselves once again into the world. “During these long months of lockdown, many of us have found a means of escape though music. And so, I invite you to join us in these Songs from Other Places, imagining other people, places and times.”- Stacey Kent