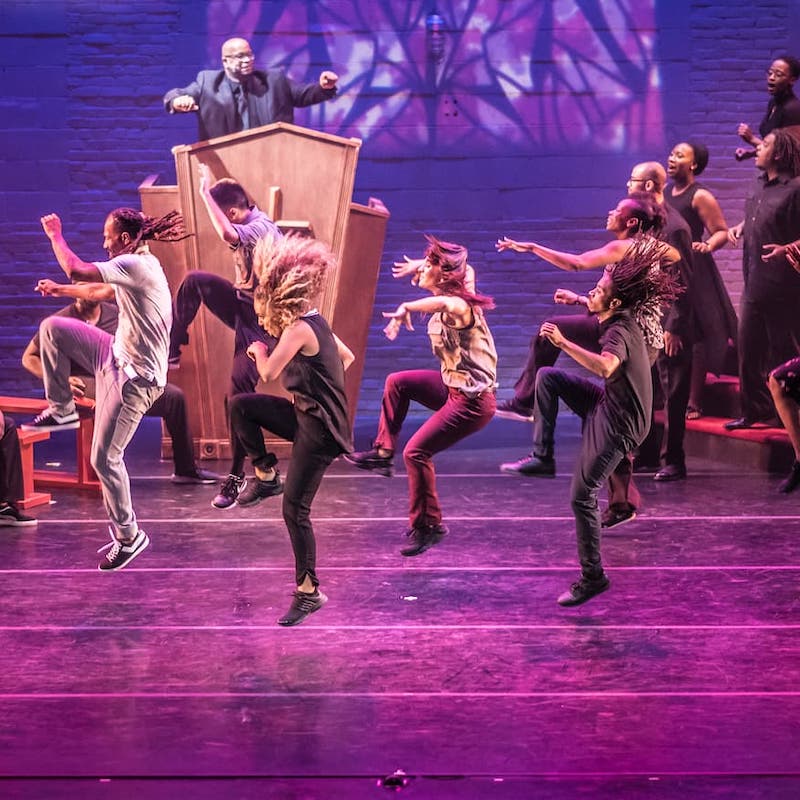 This Gospel House masterpiece addresses morality, spiritually, and the community that Rennie Harris grew up in. Raised a Catholic, Rennie often attended his neighbors’ Baptist church which inspired his love for gospel music. This work is set to the brilliant and overwhelming sounds of a live choir whose soulful singing moves the audience to tears. Joshua, the lead character of LIFTED, loses his parents in a car accident and moves in with his uncle and aunt. Quickly he finds himself in a precarious position when he decides to run away and join a gang. Forced to make hard decisions by facing down his demons, he eventually returns to his family and the church.

Harris introduced Street Dance to concert stages, coined the term “Street Dance Theater," and pioneered the dance style globally as a powerful teacher/spokesperson for the significance of “street” origins in any dance style. Recognized as a leading ambassador for Hip-hop dance art (U.S. Department of Education), Harris’ work encompasses African American traditions of the past, while presenting new generational voices through its ever-evolving interpretations of dance.

Harris’ RHPM has and continues to bring people together in community, across diverse identities and dance backgrounds, to engage, share, inform, create, and witness universal stories through Street Dance.

The 2022 ADF Season is made possible through the generous support of the SHS Foundation, Duke University, The North Carolina Arts Council, The Shubert Foundation, and City of Durham.

The presentation of RENNIE HARRIS LIFTED: A Gospel House Musical is made possible in part by a grant from the Association of Performing Arts Professionals, made possible through support from The Mellon Foundation. Additional support provided by an award from the National Endowment for the Arts.