SETTING
A prison in the city of Seville and various places in the imagination of Miguel de Cervantes. 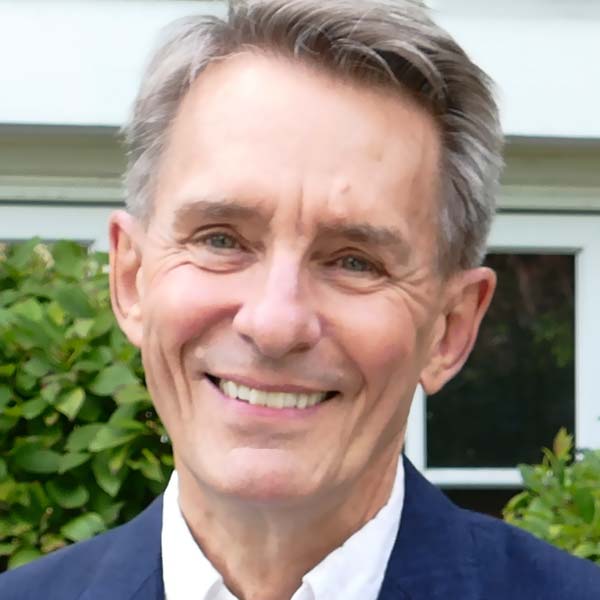 Man of La Mancha began its unusual and successful life first as a program for live television’s “golden age,” an era when classic plays, great opera productions, classical ballets, and Leonard Bernstein’s Young People’s Concerts were routinely broadcast “live from New York.” The dramas featured major stars of stage and screen along with prominent writers and directors of the era. In 1959, the “DuPont Show of the Month” presented Dale Wasserman’s teleplay, “I, Don Quixote,” based on Miguel de Cervantes’ 1,000 page 17th century Spanish novel, to 20 million American viewers. Thus the seeds of the musical were planted in a Manhattan television studio, and the speech that would become its most famous song, “The Impossible Dream,” was almost cut before air time — twice!— until the actor playing the title role (the great Lee J. Cobb) insisted it be reinstated.

The show began its life as a musical just up the road from Westport Playhouse in 1965. The refurbished Goodspeed Opera House in East Haddam, Connecticut had opened its doors as a home for musicals just three seasons earlier. Wasserman’s retooled and retitled Man of La Mancha, now with music by Mitch Leigh and lyrics by Joe Darion, would be its first world premiere. In his 2003 memoir The Impossible Musical, Wasserman perhaps arguably suggested that, “All of [Goodspeed Opera’s] success and fame, stretching many decades now, is due to a venturesome new musical that opened in the summer of 1965 called Man of La Mancha.”

When the show was ready for New York, the producers decided it would be wiser to place it closer to the flourishing “downtown” scene in Greenwich Village, with its counter-culture 1960s energy, instead of the more obviously commercial uptown Broadway. They felt its story of one man fighting the odds, ennobling all he sees, and dreaming impossible dreams, was more suited to a less upscale — and more youthful and daring — part of Manhattan. The thrust staging, unusual for a big musical in New York, intimately connected audiences to the turbulent action on stage.

La Mancha was on the fault lines. In many ways, it pointed the way toward approaching serious issues in musical theater. In just a few seasons A Chorus Line and Company would appear, continuing to change the popular perception of what the genre should be. “[La Mancha] looked back to the golden age of musicals such as South Pacific and Carousel… while it simultaneously celebrated the value of eccentricity, originality, and abandon,” writes theater scholar Robert Sennet.

Man of La Mancha has since been performed in almost fifty countries — a story so beloved and universal that it resonates around the world. I hope it speaks to you tonight, and that you might even linger on its relevance today, with a prison incarceration problem of massive scale and a surging mass of desperate humanity attempting to cross our borders to make impossible dreams come true.

Westport Country Playhouse debut: Man of La Mancha. Philip is the only actor in Broadway history to play Jean Valjean and Inspector Javert in Les Misérables. He also played principal roles in the Original Broadway Casts of Kiss of the Spider Woman and Paul Simon’s The Capeman. T.V. roles include: “Bull,” “Blue Bloods,” “The Blacklist,” “The Path,” “Gotham,” “Nurse Jackie,” “Elementary,” “Hostages,” “Damages,” “Person of Interest,” and “Law and Order.” His favorite role is being “Dad” to Mariah and  Tallulah. As a coach in NYC, Philip prepares actors for work on-camera and onstage. Find him at www.PhilipHernandez.net or on Twitter & Instagram @philip24601

Westport Country Playhouse debut: Man of La Mancha. Michael is a Dallas native and MFA graduate of the ART/MXAT at Harvard
University. Regional credits include: La Cage Aux Folles, Mary Poppins, Fiddler on the Roof, Seussical, and Catch Me If You Can in Dallas; Gypsy, A Chorus Line, and The Rocky Horror Show in Phoenix; The Donkey Show, Assistance, and Charlotte’s Web in
Boston. Instagram: @mr_mikegomez

Westport Country Playhouse debut: Man of La Mancha. Tony has appeared in several productions Off- Broadway, including These! Paper! Bullets! (Atlantic Theater Company), Timon of Athens (The Public Theater), and The Hasty Heart (Keen Company), among others. Regionally, he’s appeared at the Geffen Playhouse and in several shows at Yale Repertory Theatre, including Cymbeline, Black Snow, The Taming of the Shrew, and You Never Can Tell. TV credits include “Maniac” (Netflix), “Elementary” (CBS), “Z: The Beginning of Everything” (Amazon), “The Exorcist” (FOX), and “The Marvelous Mrs. Maisel” (Amazon). He is a proud member of New Neighborhood and a graduate of the Yale School of Drama. tonymanna.com

Westport Country Playhouse: Mlima’s Tale, Man of La Mancha. Jermaine is a multi-faceted theatre artist. Broadway/West End: The Lion King, Fela! Regional: Macbeth, Titus Andronicus, Noon Day Sun, Batboy. Film: Bwoy, Freedom, and was an original cast member in the National Theatre Live Fela! Operas: Il Barber de Seville, The Tales of Hoffman. Former dancer with Dance Theatre of Harlem and National Dance Theatre Company of Jamaica. He was a 2019 Semi-Finalist for the O’neill’s National Music Theatre Conference with his original work Storyteller/The Children from the Blue Mountain. He holds an MFA in Theatre from Sarah Lawrence College, as is a CUNY Adjunct Professor in Acting. Thanks to the entire team at Westport. Excited to be back.

Westport Country Playhouse: Man of La Mancha, Romeo and Juliet. Clay made his Off-Broadway debut in Single Rider. Other credits include Love the Struggle(SheNYC) and Fountain (New Vic reading). He earned his BFA at Carnegie Mellon University, certificate in classical acting from the London Academy of Music and Dramatic Arts, and his high school diploma down the street. Follow him on Instagram @claybsinger

Westport Country Playhouse debut: Man of La Mancha. Esteban is a Miami, FL, with two performance degrees from the University of Miami and Oklahoma City University. Past credits include: Will Bloom in Big Fish, Che in Evita, Angel in RENT, and Lead Vocalist in the National Tour of Rockin’ Road to Dublin. @estesuero

Click here to read the bios of our fantastic creative team.

I’m Only Thinking of Him
Antonia, Padre, Housekeeper

We're Only Thinking Of Him – Antonia, Carasco, Padre, Housekeeper

What Does He Want Of Me? – Aldonza

To Each His Dulcinea – Padre

by David Kennedy and Liam Lonegan

Born outside of Madrid in 1547, Miguel de Cervantes Saavedra, considered by many to be the inventor of the modern novel, is regarded as the greatest writer in the Spanish language. His most famous work, Don Quixote, has been translated into more languages than any other book except the Bible. While the adventures of the novel’s protagonist are many, Cervantes’ real-life adventures give the title character a run for his money.  In 1570 Cervantes enlisted in a regiment of the Spanish Navy Marines, and was wounded three times in October 1571 in the victory over the Ottoman fleet at the Battle of Lepanto. After his recovery, he was based mainly in Naples for the following three years, making expeditions from there to places throughout the Mediterranean. It was in 1575, while sailing from Italy to Barcelona, that his ship was attacked, and he was captured by Barbary pirates.

Imprisoned in North Africa and kept as a slave, he made four unsuccessful escape attempts before he was ransomed by his parents in 1580 and sent back to Spain. According to Cervantes scholar Maria Antonia Garcés, this “five-year captivity in Algiers left an indelible impression on his fiction. From the first works written after his liberation…this  traumatic experience continuously speaks through his work.”

That was not the last time Cervantes was imprisoned. Returning to Spain, he attempted to live a fairly modest life as a tax collector in the Kingdom of Granada. But, after successfully gathering funds owed the Crown, he deposited the money with a Sevillian banker who went bankrupt soon thereafter, leaving Cervantes’ accounts unpaid. Though he was sent to jail for only several months, it proved to be a turning point in his life.   Cervantes later remarked that it was at this time he had the idea to write Don Quixote, which follows the adventures of a country nobleman named Alonso Quixano who, exhilarated by romantic stories of old, adopts the name Don Quixote de la Mancha and sets out to revive chivalry, right wrongs, and restore justice to the world. The musical Man of La Mancha draws from this period of Cervantes’ life, staging his invention of the Quixote legend while he is imprisoned in Seville.

Though Cervantes is known primarily for Don Quixote, it is said that, above all, he wanted to be a dramatist. He penned sixteen dramatic works: eight full-length plays and eight short farces. Most of them are lost to history, but two survive. El Trato de Argel details his experiences in pirate captivity and La Numancia depicts the tragic and violent events of the siege of Numantia by the Romans.

During his later years, Cervantes did not tire of his literary pursuits. In the last three years of his life, he published two novels and a collection of tales. He had just finished a final adventure novel entitled Los Trabajos de Persiles y Sigismunda when he died in Madrid in 1616 of what modern scholars believe was type-2 diabetes. Despite the fact that Don Quixote was a success in his lifetime, and he was hard at work until the day he died, his financial issues never ceased. Cervantes died penniless, but his imagination will live on forever. 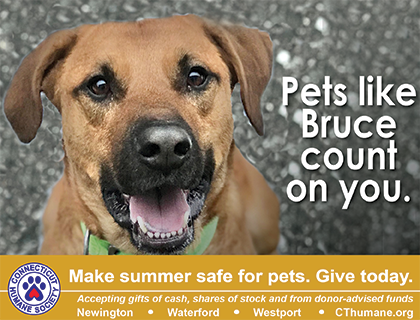 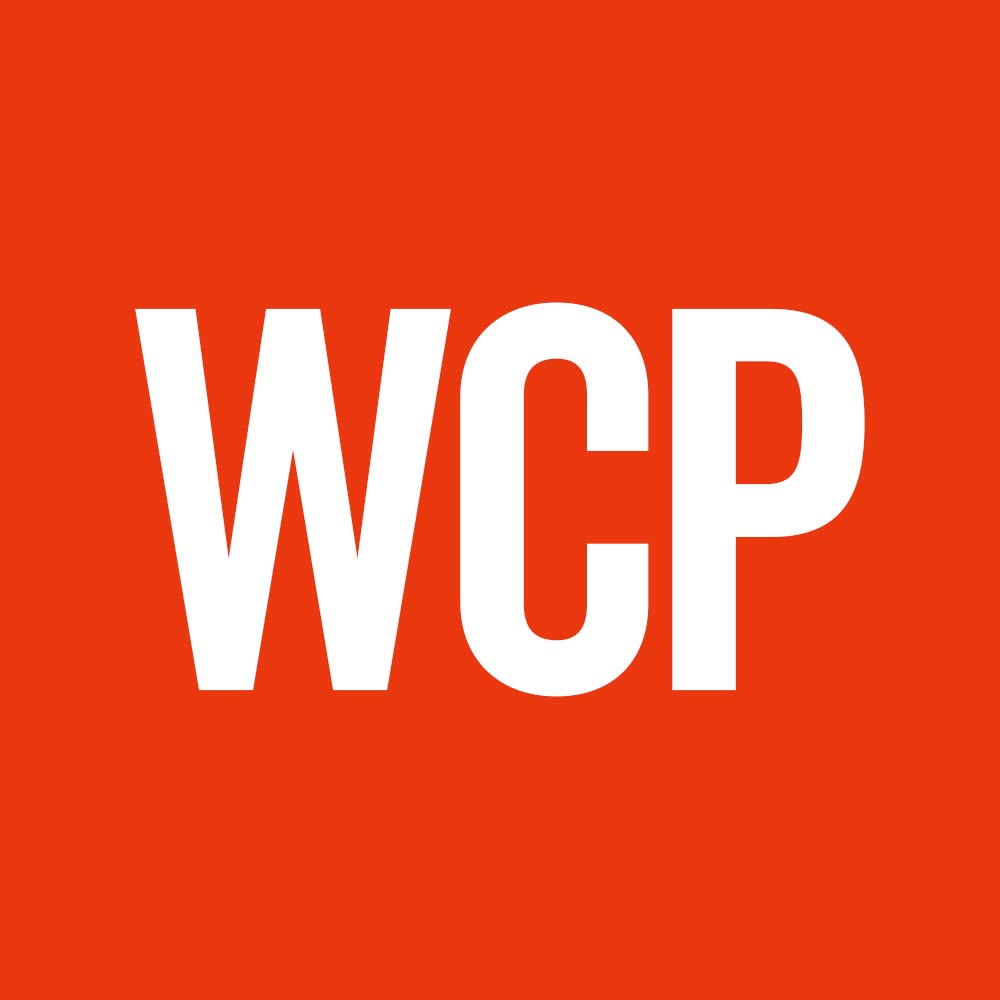 Westport Country Playhouse
Please visit the desktop edition of the program by clicking the link below. View Desktop Version